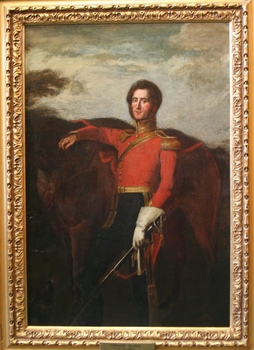 Late last year Moreland Council resolved to change the name of the municipality and this process has commenced.

Moreland was given its name in 1994 when the municipality was created by combining the former Cities of Brunswick and Coburg and parts of the former City of Broadmeadows.  It seemed an appropriate name as Moreland Road formed the boundary between Brunswick and Coburg and was a local name for the area although not an official postal district.  Moreland Road was named after the estate of Farquhar McCrae, a Scottish surgeon who had purchased an estate in the area in the first land sales in 1839.  In the process he dispossessed any indigenous people who were living there.  McCrae named his estate after his family’s sugar plantation in Jamaica.   The estate had used slaves although slavery had been abolished by the time Farquhar purchased his Melbourne property.

It was realised in 1994 that the name had connections with slavery and disquiet was expressed.  The appointed commissioners who then ran the city acknowledged this and asked for community suggestions for an alternative.  The first issue of the Council newsletter was distributed and residents were asked to indicate their preferred name from a list of 5 suggestions and post the sheet back to Council. Seven percent of households responded with 57% voting for Moreland. The other suggestions were Merri Merri, Merrilands, Anstey and Billibellary. Although it was a small response rate, it was enough to be statistically sound and there is no reason why the Moreland supporters would be more likely to respond.

Last year the issue was raised again by local resident Rod Duncan.  He is a geographer who has conducted some research on the topic.  He has a website  (nomoreland.net.au)  which reports on some of his findings.  He enlisted the support of the Wurundjeri Council and other community members and they approached Council requesting the name change.

This process has now commenced.  BCHG is represented on a History Working Group.  Dr James Lesh, an urban historian and heritage consultant, has been employed to research the history of the name and the Working Group will assist him.  The group includes Rod Duncan, two members of the Wurundjeri Council and representatives from the State Library, Victoria and Melbourne Universities and Moreland Libraries. Among other things, it will look at the connection between Farquhar McCrae and the Jamaican estate and evidence of any dealings Farquhar may have had with the original owners of the land.  One interesting theory being explored is that the McCrae family (and others) may have used the compensation money they received for the “loss” of their slaves to finance property purchases in Victoria.

Other working groups have been set up to suggest alternative names and a community consultation process will be implemented.

Random Brunswick Images From Our Site