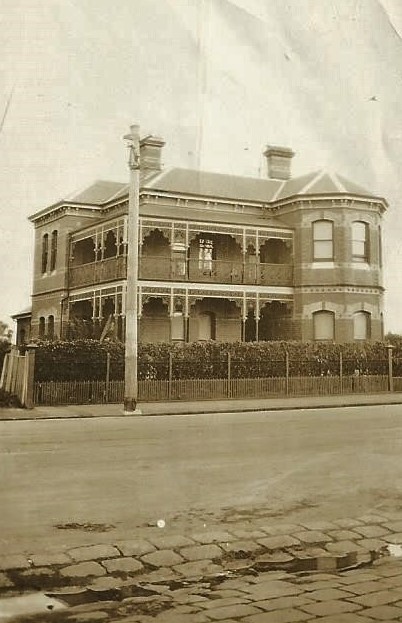 Kitty Owens will speak about her research project on Melville House - 104 Melville Road West Brunswick. Melville House is an imposing nineteenth century villa, hidden by a large hedge, which has intrigued neighbours for many years. This talk explores the interesting history of Melville House (including a couple of scandals), and also reflects on suburban history, and writing about a place with a personal connection. 104 Melville Road West Brunswick was built by a herbalist, and was home to a series of large families, the Mentiplays, Bastows, Ryans, and Skardons, between 1892 and 1969. The house was sold to the Paraskevopoulos brothers in 1969, and was rented out. The house was a convalescent home for some time in the 1970s, before becoming a shared house full of performers, musicians, artists (and a donkey), finally becoming a family home again in 1994. Kitty Owens is a freelance history curator, artist and writer, who lived in Melville House in 1989-1991, during the ‘shared house era’. This project was supported by the Moreland City Council Making Spaces program.
Image Courtesy the Skardon Gist family